The Excel – Named Range Adaptor is useful for retrieving a value in a cell that has been named.  This adaptor is safer to use than the Excel – Cell Address adaptor as the name of a cell is not impacted by the insertion or deletion of rows and columns, or the renaming of worksheets.

A named range can be either workbook scoped, or scoped to a particular worksheet.  Report Authority can retrieve the value of any named range as long as the named range resolves and refers to a single cell, rather than a range of cells. 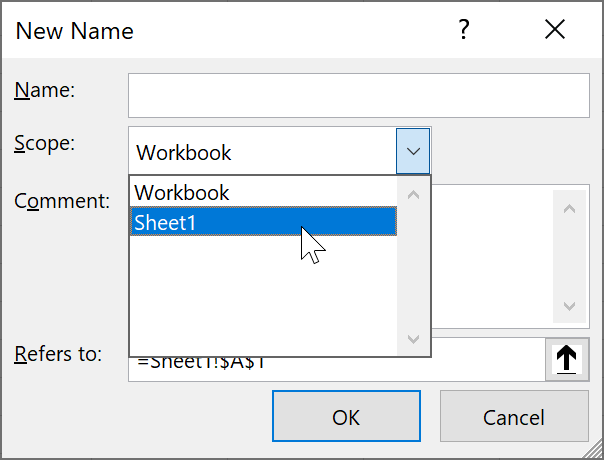 Report Authority will list all the range names found in the workbook referenced by the connection in the Automation Panel. 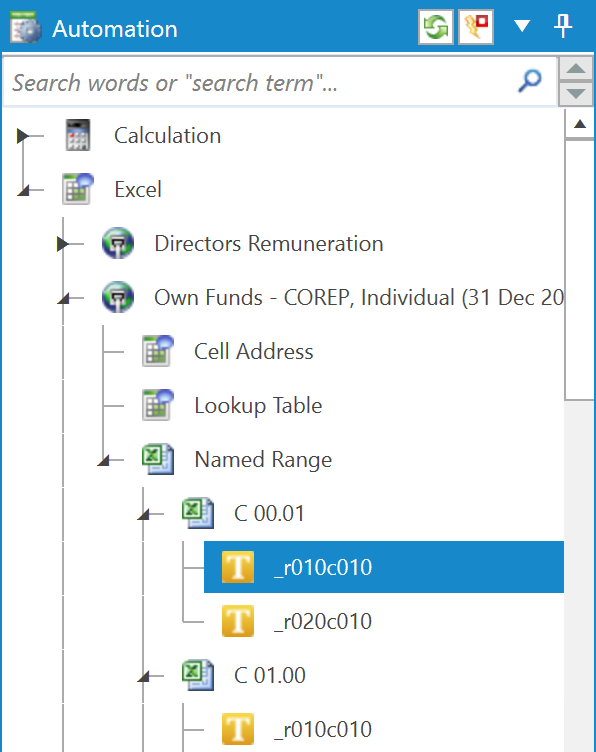 Worksheet scoped named ranges are listed beneath their scoped worksheet.  See “_r010c001” listed beneath both sheets “C 00.01” & “C 01.00” (duplicate names are allowed as long as they are scoped to a different worksheet).  A named range can be dragged from the automation panel and dropped on the report.  If dropped onto an existing data object, its adaptor will change to reference that named range.

An Excel – Named Range adaptor can be assigned or changed using the Adaptor control in the value panel: 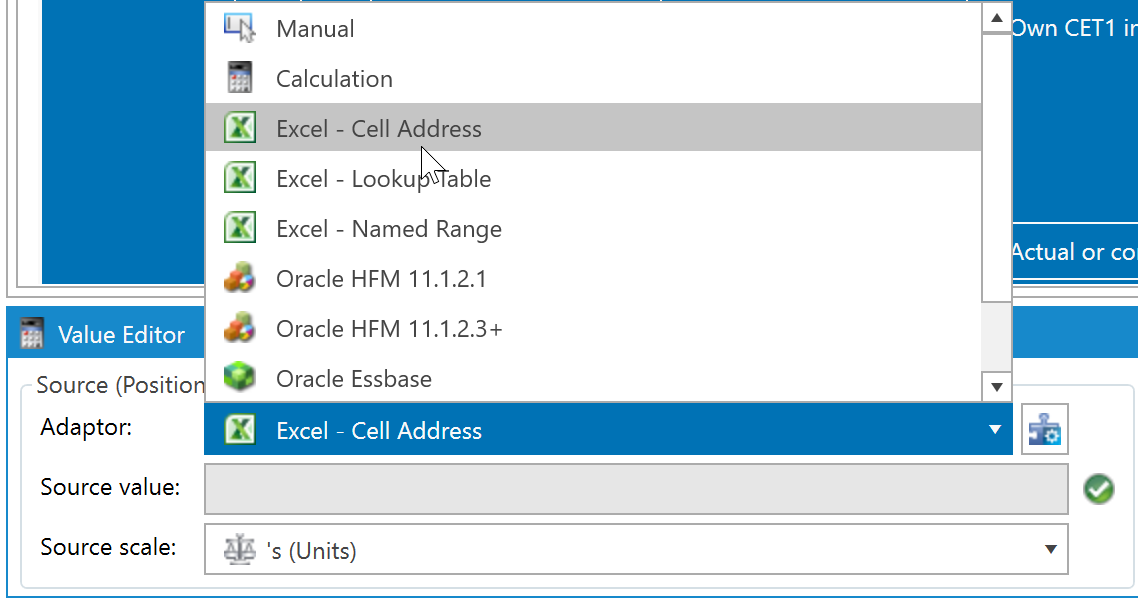 The adaptor can be edited by clicking on the Configure Adaptor button: 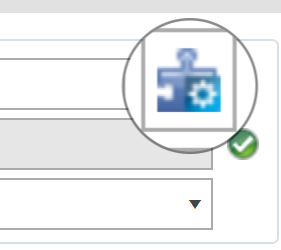 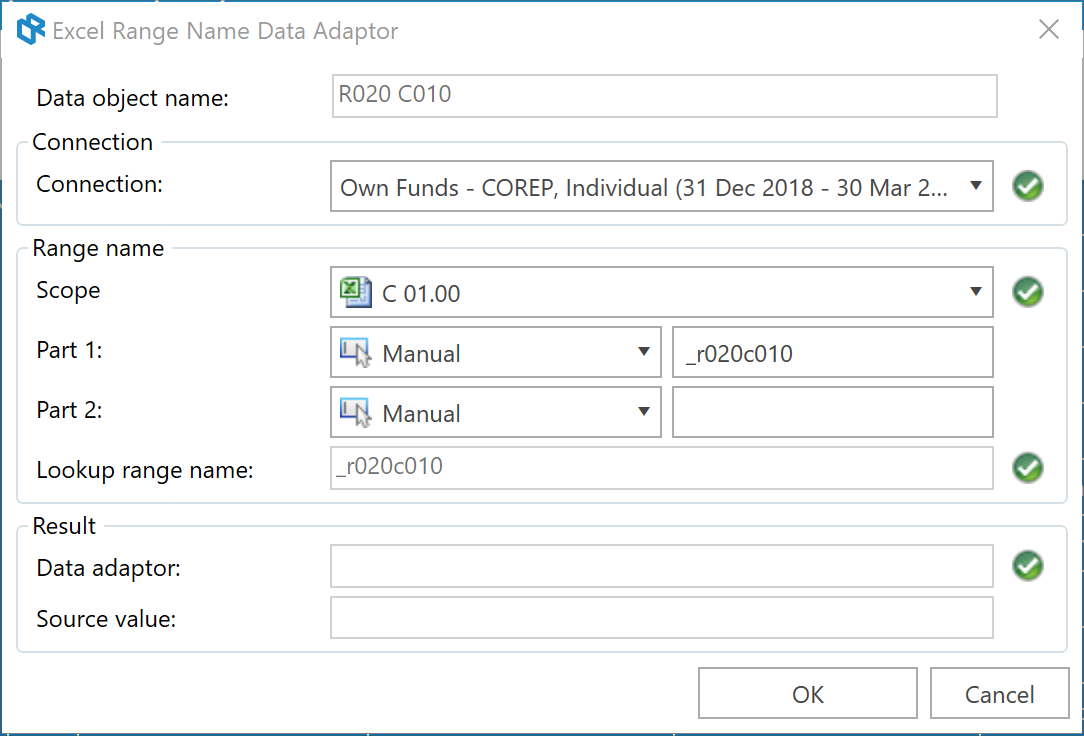 A name can be split into two parts (Part1 & Part2).  Report Authority searches for a named range determined by the concatenation of part 1 & 2.
It is not necessary to use both parts, however, through their use, powerful connection possibilities can be achieved by combining a manually typed value (such as a GL account number) and a report variable such as an entity identifier.  By adopting this approach, the adaptor could respond to the changing of an entity’s ID, by retrieving the appropriate entity’s data.
Report Authority will list those named ranges it finds in the workbook defined by the connection under the “Read In Values” section of the combo box: 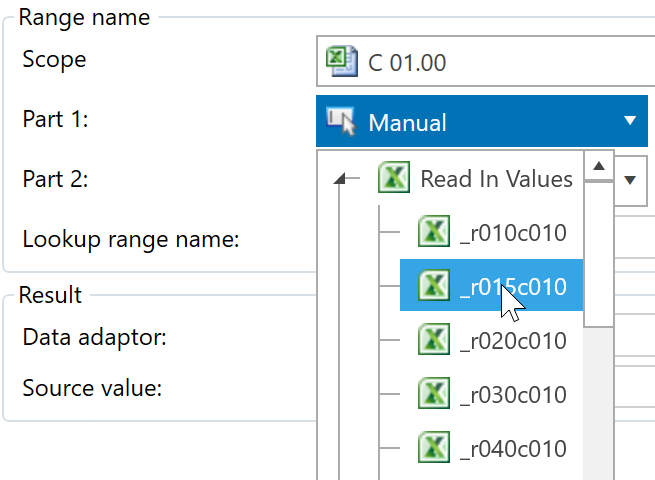