In a data point model, an individual fact may appear on more than one table.  In an XBRL instance, it is not possible to determine from which table a duplicate fact originates since duplicate facts contain the exact same XBRL tag - in fact, duplicate facts are only inserted into the XBRL instance once regardless of how many times they appear across the set of tables being submitted.

In Report Authority, duplicate facts are treated as separate data points and can be mapped to different data sources and consequentially could have different values.  In this case, Report Authority will report "Inconsistent Duplicate Facts" errors on validation.

If a Report Authority document contains different values for a duplicate fact, only the value of the first occurrence will be inserted in the XBRL instance and therefore the value of this data point across all tables will be interpreted to be this value. For this reason, if any Inconsistent Duplicate Fact validation failures are ignored, you may receive inconsistent and unexpected validation failures when submitting the XBRL to your supervisor compared with the validation results in Report Authority.

In the below example, the validation pane is grouped by Category and then Validation Message: 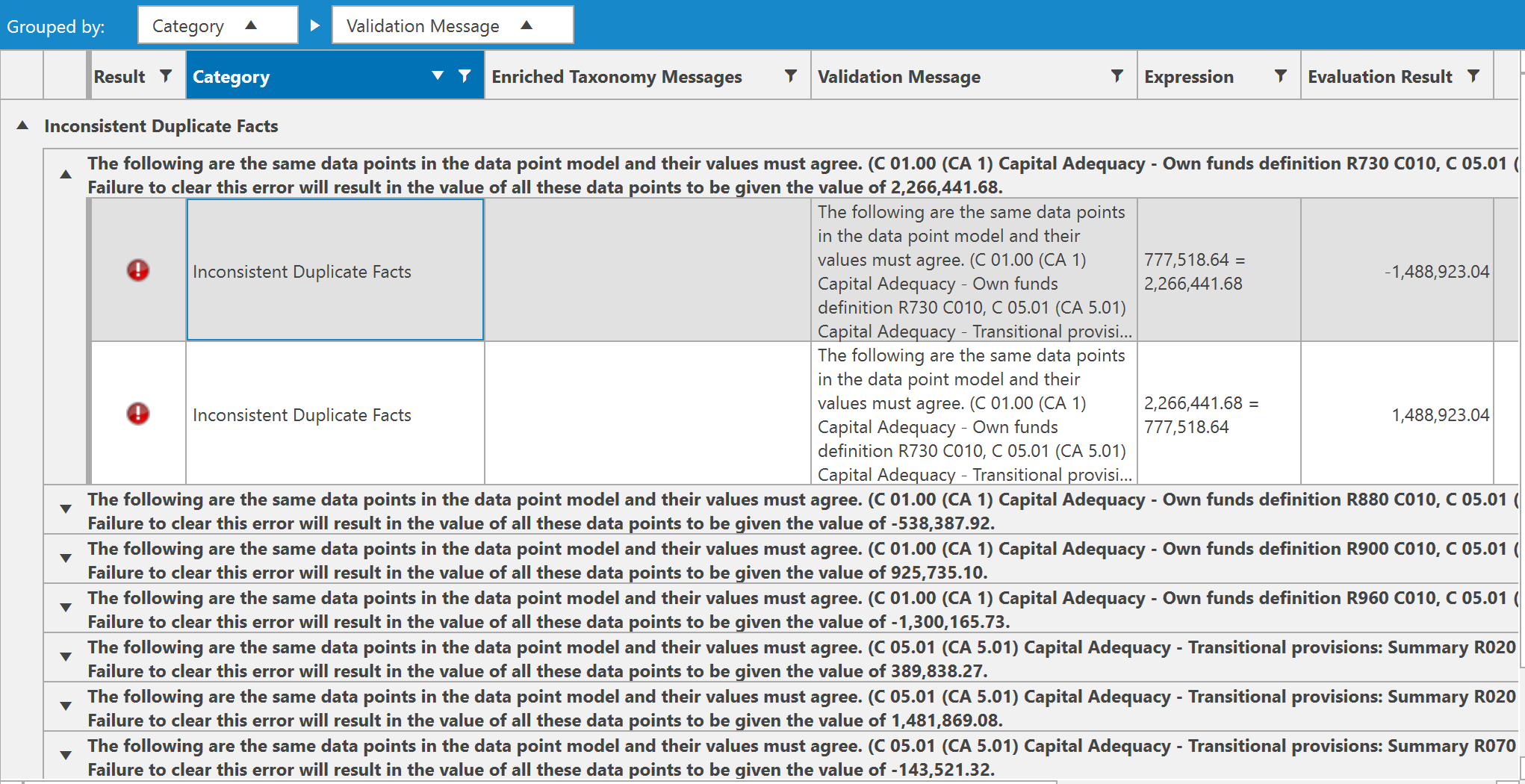 This helps to group the duplicate facts that should be the same value. If you select the inconsistent duplicate fact error it will automatically select the error within the report and can be viewed in the Tables pane.

XBRL validations are often tolerant of small differences. The tolerance can increase depending on the number of data objects used in a validation rule and the Stated Accuracy set for the document.

This does not, however, apply to the inconsistent duplicate fact checks, because this is not an XBRL business validation rule.  All differences will be shown regardless of the amount that the facts do not agree.

This includes the example where one fact is reported with a "0" and one fact which is left empty. Even though empty cells are often interpreted as "0"s in validation rules - in the XBRL - either both facts will be reported as empty or as "0"s.  There is a conceptual difference between reporting a "0" and not reporting a fact which is why these will be flagged.

Data point IDs are displayed in the annotated table layouts issued by the EBA in Excel format.  Duplicate facts will contain the same data point ID.  An example is Equity instruments held for trading which has an ID of 11112 and appears in table F 01.01: 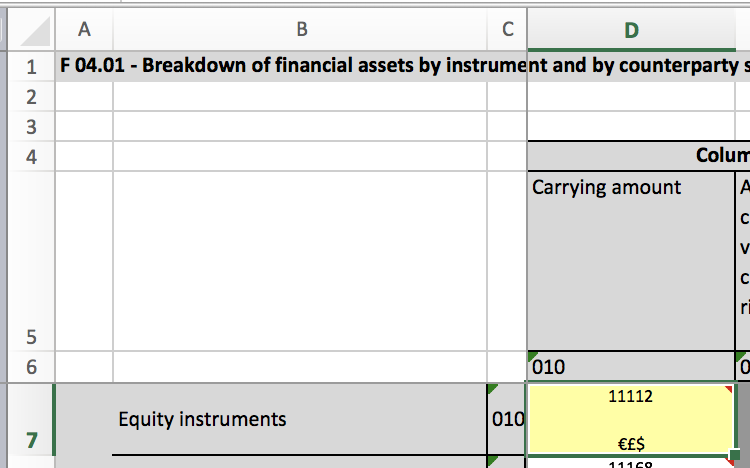